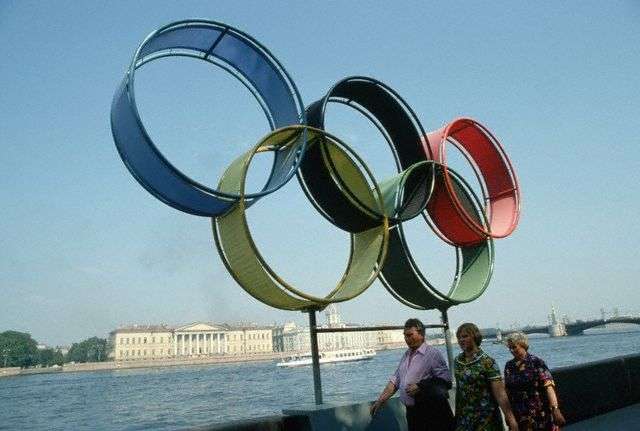 ca. August 1980, Moscow, USSR --- The year this photo was taken, the 1980 Summer Olympics were held in Moscow, and were boycotted by about 60 countries, the largest number to join a boycott in the history of the games. The boycott was organized and led by US President Jimmy Carter in response to the Soviet invasion of Afghanistan in December 1979, and resulted in an easy victory by Soviet athletes. --- Image by © Stephanie Maze/CORBIS